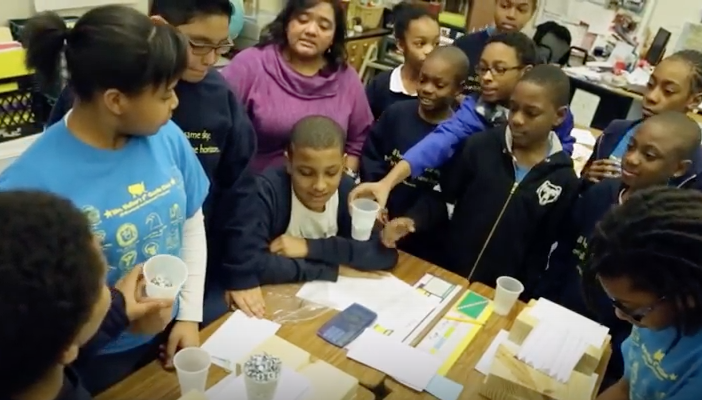 Every once in a while, we get an idea for innovation. An idea that’s hard to let go of. We think about it each morning when we wake up and each evening when we go to sleep. We toss and turn over the idea. Not because of the idea itself but discerning how to make the idea a reality.

Aaron Krauss had an idea. He created a sponge for his car polishing business that had a piece of polyurethane in it. He found that this sponge cleaned his greasy hands and removed dirt on his lawn mower without scratching it.

But wait, that’s not all.

It also could be used to wash the family dishes and they dried quickly and resisted odor. He then improved the sponge by forming it into a happy face and cutting out holes for the washer’s fingers. He named it Scrub Daddy. He sold them at grocery stores and on QVC. However, the idea didn’t catch fire and revenue was barely enough to pay for the manufacturing. Then entered the Shark, Lori Greiner, from the NBC hit Shark Tank. She believed in Aaron’s idea even when other sharks wouldn’t touch it. Now, thanks to Lori’s support and mentorship, Aaron sells $50 million in sponges annually.

Aaron had a great idea but starting out he didn’t have the resources he needed or the backing from a mentor. Once he found those missing pieces, he had a thriving business and could put his focus back on the idea. He would later follow up with Sponge Mommy!

While not a sponge, my colleague, Dr. Heidi Carlone, and I struggled with something similar. We had an idea and put in hard work but we couldn’t get our idea beyond our office doors. The idea stemmed from previous work with sixty elementary teachers who taught marginalized and underrepresented students in STEM activity. They had attended our summer engineering institute and while they were initially excited and motivated to teach engineering, once they returned to school they began to doubt their ability given all the district constraints. In addition, many of them were the only teachers in their school practicing these skills and they felt isolated or alone. Our idea was the UNCG STEM Teacher Leader Collaborative in the School of Education, a structure to support and foster teachers’ growth in teaching engineering in a systemic way.

With 50 years of combined education experience, Heidi and I knew we had our Sponge Daddy but we needed our “Shark” who believed in it as well. We arranged visits with Dean Randy Penfield and Dr. Scott Young. They saw the possibilities as we did and maybe even more so. We applied for the Impact Through Innovation (ITI) grant. Randy and Scott explained to us that if accepted by ITI, we would receive seed money to help us develop our idea.

Fortunately, we received investment from Impact Through Innovation and because of it were able to make strides to bring our idea to fruition. With the ITI funds we were able to develop a logo, create a website, and host an evening reception followed the next day by our first annual STEM Teacher Leader Collaborative Summit. The reception led to donations from area businesses and alumni and that allowed us to purchase engineering materials that will serve hundreds of elementary students. The summit brought us 25 Teacher Leader Fellows who are committed to teaching engineering in their high need schools as well as being mentors, coaches and supportive colleagues for others. Four of these teachers have already written and received grants that will provide engineering materials, literature and guides for their classrooms. They are making strides in sustaining their own work and leadership in STEM.

While we are excited about our start, we know there is a great deal of work ahead. We are so thankful that Impact Through Innovation had faith in our work and invested in us. They were our sharks! But like Aaron, we want to move on to the next level, our own Sponge Mommy. If you are interested in our elementary engineering work, and think you might know a Shark who’s interested in supporting our work, visit our website wwwuncgtlc.org. Then contact Heidi or I! We’d love to talk to you.

The Impact Through Innovation program is an initiative
created and developed by the School of Education at
UNC Greensboro.

Connect with us. Your ideas, questions and engagement with us are welcomed.

The Impact Through Innovation program is an initiative created and developed by the School of Education at UNC Greensboro.

What will your IMPACT be?